History I Shouldn't Write - Vol. I

I love to do research. In fact, sometimes I get so wrapped up in the research for a book that I have to set a timer so that I'll stop and get back to writing!

One of my favorite finds while researching is first-hand accounts, generally in the form of journals. In researching for my current projects set in Colonial America during the mid-1700s, I've read four of these journals - so far.

But I can't write about some of what I learned.

Some of what I've learned while researching is that the history "everyone knows" is often not the truth. For instance, the idea that the Native Americans never lied, never cheated, never mistreated anyone, that it was the European invaders who brought all that to these shores ... is not true.

In my research into Pontiac's Rebellion, reading from first-hand accounts, it is glaringly obvious that Pontiac lied to the British, lied to the French, lied to the other native tribes, and even lied to his own tribesmen. He was a driven and ambitious man. He bullied, threatened, stole, and killed whenever it suited his purposes. His goal was to annihilate the British any way he could. By hook or by crook, as my grandmother used to say.

We've been conditioned to think of the Native Americans of yesteryear as somehow above the fault and foibles of the rest of the human race. They weren't. They were as severely flawed as the rest of us. That shouldn't be a surprise to anyone since we all fell from grace with the same bite of that piece of fruit, right?

Yet from grade school on I was taught - and I'm assuming many of you were too - that it was the European invaders who were always at fault for everything bad that happened in Colonial America. They were evil, greedy, dishonest ... oh, wait. That sounds like Pontiac!

People are people no matter the color of their skin. They come short & tall, skinny & fat, sweet & mean, happy & bitter, honest & cheats ... the whole spectrum of humanity in every color there is. To think that any people could be otherwise is to think them not fully human. Let that sink in a moment. By lionizing one race of people above the rest, you run the risk of dehumanizing them.

How does this relate to my writing the truth of history in my books? Because of what we've been taught to accept as "truth" ... I can't write about the Pontiac who lied and cheated and stole without poking the literary bear of political correctness. Without risking being raked over the coals of Amazon's reviewers. So the choice for me is:

Do I honor the history - warts and all - and face the consequences? Or do I play it safe?

I guess we'll all have to stay tuned! 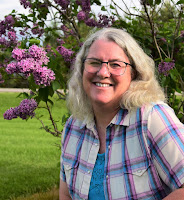