Pontiac and the Conspiracy that Shook an Empire 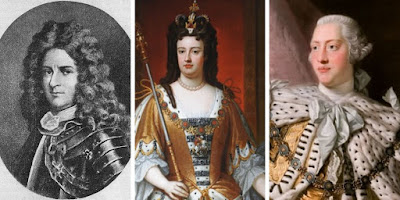 In 1756 the most notable of these French and Indian Wars erupted. After six years of vicious fighting, the French abruptly abandoned many of their posts in the interior of the continent along the Ohio Valley and western Great Lakes. The swell of victory lay within England's grasp—except they did not realize that defeating the French did not mean the natives of that country would give up. Many tribes were not willing to hand over yet more of their ancestral lands to the Europeans for settlement and colonization.

Then emerged an Odawa leader who had fought alongside the French. His name was Pontiac, called Obwandiyag by the Odawa. He was born on a night of snow and rain, wind and thunder. It is said the elders of his tribe remarked that a great leader was being born. Little is known of his early life, but Pontiac grew to become an important war chief among the Odawa. He was furious when his French allies signed a treaty in 1763 handing over all their lands to the British. Pontiac believed that now the English would flood the country, building towns and pushing the Indians further off their ancestral lands. Pontiac believed the only way to stop this was for all the Indian nations to put aside their past disputes and join together to stop the English. He also hoped that the French would once again join in and help, for they had never shown the intense interest in colonization that the British did. 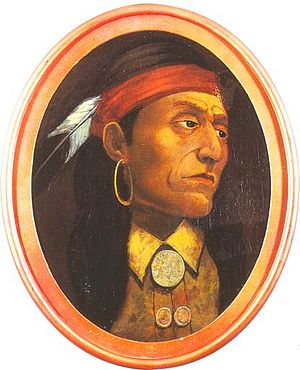 Indeed, he must have been a great leader and diplomat, for he brought together tribes that had been his peoples’ enemies for countless decades—the Huron, Shawnee, Munsee, Wyandotte, Seneca-Cayuga, Ojibwe, and Lenape—and convinced them that they must stand together against the English. The league of nations he gathered together became known as Pontiac’s Confederacy. In May of 1763, Pontiac’s Rebellion erupted with the siege of Fort Detroit and developed further as he began plucking off the British forts one by one, shaking the foundations of Britain's strength.

Pontiac's Rebellion (also called Pontiac's Conspiracy or Pontiac's War), however, was doomed to failure. In the autumn of 1764, the British military took the offensive, invading the Ohio Valley. Pontiac began to lose some of his followers. The British eventually resorted to negotiating with Pontiac to end hostilities, but the result was the exact opposite of what Pontiac hoped for, because it brought about a greater British military presence in the Ohio Valley and Great Lakes region. Pontiac was eventually assassinated by a Peoria warrior a few years later in the French town of Cahokia. Rumors have long circulated about his death.

I've long been interested in the history surrounding Pontiac's War. This coming November, 2019, will see the release of a new, 4-author, historical romance novella collection in which my story A TENDER SIEGE is set during Pontiac's War. The story follows one particular battle which I'll write about next time. Stay tuned here, and sign up for my newsletter for updates on that release.

You'll also want to stay in touch for a reminder about a FREE book download coming May 23-27 of my novel The Softest Breath, Echoes of the Heart, Book Two. (Book One is only $3.99) It's not a colonial era novel, but I hope you enjoy it. Mark your calendar! 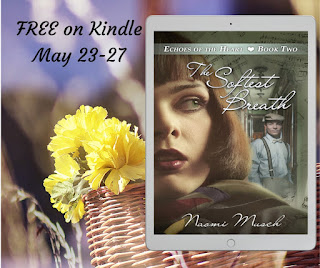 Blessings for your May basket~
Naomi Musch
https://naomimusch.com/