Christendom in the American Colonies During 17th Century 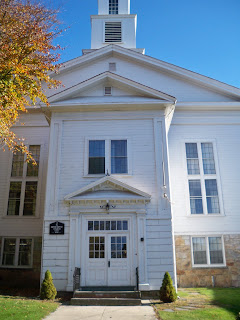 I love the 17th century because of the tremendous changes that happened within the spiritual realm of our Western World.

In earlier centuries, most people relied on the leadership of State Churches (Church of England, Roman Catholic Church, Lutheran Church, etc.) to tell them what to believe.

The pivotal factor to the change both in Europe and trickling into the American colonies was the translation of the Bible into languages other than Latin. No longer did people need to rely on a priest or vicar to tell them what the Bible says. They could go to the source and form their own opinion.


Prior to the 17th century attempts made to translate the Bible into English were met with great opposition. However, by 1560 the Geneva Bible became the first English translation available to those not of the clergy and was used by William Shakespeare, Oliver Cromwell, John Knox, John Bunyan and many others. It was this version of the Bible that came with the Pilgrims on the Mayflower, and it was the version used by the Puritans in the Massachusetts Bay Colony. 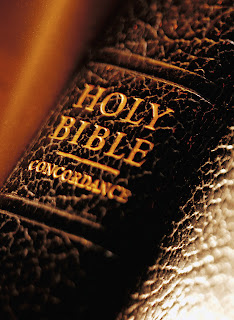 The mass production of this Bible included study guides and aids, making the Geneva Bible the first study Bible. The “apparatus” (what the guides and aids were called) seemed to threaten those in the Church of England and in particular King James I, who was baptized a Catholic. This, in part, led to the king commissioning another version now known as the King James Version, which would be free of the “apparatus”.

I draw attention to the Geneva Bible because it is foundational to understanding what ensued in the American colonies. The Bible played an important role in determining how many of these people lived, their culture, and their decision making.

Because the Geneva Bible was made available to the general public, people who in the past would never have been allowed to read Scripture were finding truths kept from them by both the Catholic Church and the Church of England, and they were interpreting these truths for themselves.

If you examine the rise of the Puritans, especially those who came to New England, you’ll discover many differences in the application of the precepts and principles they found in Scripture, as well as a struggle to reconcile church traditions with God’s Word.

You’ll discover people within the Massachusetts Bay Colony excommunicated, banished, whipped, and even executed because they opposed some leader of the Congregational Church on some doctrine.

Many of these persecuted people became instrumental in bringing to formation our current religious liberties.

To say the Puritans believed ‘this’ or ‘that’ might be correct for a handful of people and not for others. For example, Anne Hutchinson followed Rev. Cotton to the colony because his discourse on the “covenant of grace” appealed to her. However, she discovered that other preachers in the colony held to a “covenant of works” that she could not agree with. Eventually her beliefs led to her banishment from the colony. She and a group of people, including Dr. John Clarke, left to establish the settlement of Portsmouth, RI.

In my research of the colonies, I have discovered that there is a great deal of misunderstanding of the different faiths under the umbrella of Christendom by historians, part of which I am sure is do to the fact these historians may not fully comprehend the faith of the people and the details of their doctrines because they are not of that faith.

An example of this is Historian Brydon G. MacLaren, in his book Religious Life of Virginia in the Seventh Century. MacLaren was the historiographer of Diocese of Virginia, and he wrote this book in 1957. His perspective, therefore, is from the Church of England viewpoint. This would explain why he tended to lump all opposition to the Church of England as Calvinists. Indeed, most Protestant dissenters were Calvinist, but not all held to the same doctrines, especially when it came to the doctrines surrounding baptism. When I read him (and other historians) mention the Calvinists when they were referring to dissenters in general, I began to question the specifics of the people of whom they spoke.

For example, MacLaren claimed that the Reverend Henry Jacob “founded the first Independent or Baptist congregation in London.” Further research shows that Reverend Jacob could not have formed a Baptist congregation because he apparently still held to the doctrine of infant baptism, something Baptists strongly opposed. He also claimed that the Church of England was a true church needing reformation. A true Baptist would not have made such a claim.

When I research I look at who authored the history book, who was in power (both politically and religiously) when the public record was written, and the faith or perspective of the person’s diary/journal I m reading. Then I approach each record with “who, what, where, WHY, when, and how.” WHY is of particular importance. Motivations for writing a record can change how that record is interpreted.
Posted by Lynn Squire