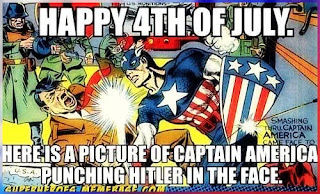 The blog has been quiet as all of us here at Colonial Quills are dealing with various real-life issues, but a dear friend shared a thought worth sharing--and expounding upon.

It's interesting to think that as a nation, we have always been divided. The Revolutionary War [where we had patriots] versus those loyal to the crown ( I learned this from your stories), the Civil War, and it goes on and on and here we are. ... our division is nothing new. 😒

She's so right. From the very beginnings of what we know as our country--Native people was set against Native people, the Spanish against the French and the English, and certainly what we know of the various attempts at English settlements (to where America traditionally traces her earliest start), division was endemic. Simon Fernandes dumping the 1587 colonists in a location they did not choose, the colonists as one against their own governor (even though that was to send him back to England in an attempt to appeal for the sake of the colony) ... and Jamestown! So much bickering amongst the leadership, even those who all professed to be fervent Christians.

Occasionally, for five minutes at a time, they'd come together and pray and agree that they were there for a common cause, but then division would rear its ugly head again.

Fast-forward to the American Revolution. 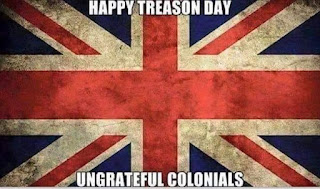 It wasn't just, as our schoolchild history often painted it, "the righteous Patriots" versus "the heathen British." It wasn't even as simple as the patriots against the British. Division took place across family and denominational lines. People on both sides of the conflict often chose either rebellion or loyalty based on deeply held Christian convictions as well as less noble motivations. 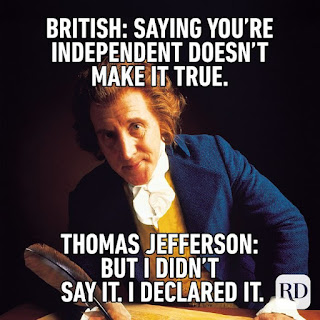 Ironically, my initial study of the American Revolution was sparked by interest in the British and loyalist point of view. The one thing that stood out to me, over and over (and I've said this elsewhere), was that the United States didn't gain her independence out of military might. It might be argued that we literally wore out the British, who possibly had spread themselves too thin in their quest to rule the world. And they weren't the only ones seeking to build an empire, although they catch the most heat for it in modern commentary! Check out the histories of the Arab world, the Ottomans, the Spanish and Japan and modern-day China.
No, America didn't gain her freedom through individual battles won, or brilliance of strategy. It was gained, for better or worse and however you choose to interpret individual events and political schools of thought, through the mercy and grace of God Himself. We are here as a nation because He allowed it.
Let us not only remember and respect the sacrifices of individual people in the process, but view our own privilege with sober gratitude and resolve to use it wisely.
After all, with great power comes great responsibility. 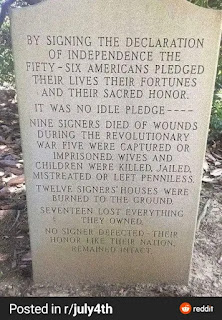