War of 1812 & Our Independence from Britain 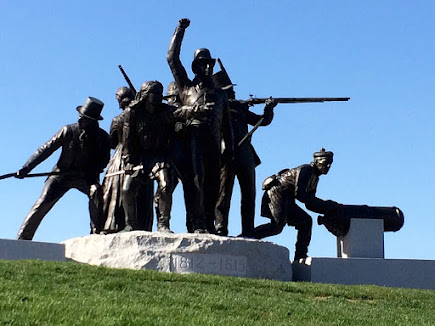 Although this blog is mostly about Colonial times in America, we also address Early American history. A huge historical event in Early America's history was the War of 1812, which was also referred to as "The Second War for Independence."

The fight was felt bitterly along the eastern cost of young America where men and even boys were captured and impressed into service on British ships. And with the British coming on shore even (!) on land in our seaboard states, Virginia was not alone in its fear of what could happen if their army took over our fledgling country.

It was during this time when the terms "Hawks" and "Doves" in reference to building up a military might really came into usage. We had many politicians then, as now, who felt money was better spent in ways other than to enhance our military. This could have had grave consequences during the War of 1812.

Did you know that there is even a Society of the War of 1812 in Virginia? There were numerous sights in Virginia involved in the War of 1812 (Click to see map image). Virginia was a hotbed of democracy, with numerous prominent politicians living in the Commonwealth. In my Holt medallion finalist novella The Steeplechase, I include the Randolphs, Tylers, Carters, and Lees as well as a few more in a fictional version of the build-up to the war, set in 1810. In my new novel, Dogwood Plantation, I have a fictionalized account of an injured Navy veteran during the aftermath of the British having defeated Napoleon Bonaparte and how in 1814 and then into 1815 at the end of the War of 1812, some of the things that took place--such as the burning of our White House. As I wrote this novel, I wondered how it must have felt to know that invaders were so close to your own home and had sent your president fleeing. Madison, of course, was from Virginia. If you ever get a chance, visit his home Montpelier in Orange County. 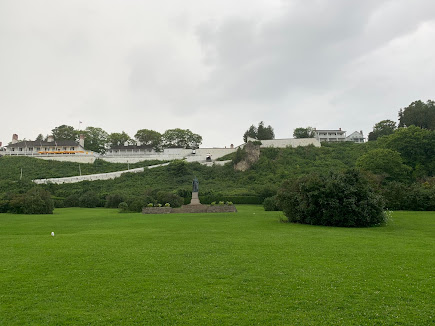 But the War of 1812 also took place on the Great Lakes! Doesn't that seem strange that there would be battles that far inland? Even Mackinac Island, a place claiming my heart, was involved. My own theory about the Brits taking over Mackinac Island again is that they loved it so much they figured this was their chance to get it back! They invaded very early on in this war. Visit the fort on Mackinac Island to learn more about this history.

Question: Does it seem to you that this country hadn't really established its independence until after the War of 1812?