Running the Gauntlet -- One of History's Most Brutal Punishments

I've recently been listening to the audio book of Follow the River,  a novel by James Alexander Thom--which is not reading for the squeamish, I must say, yet it is rich in history. I came to the chapter where the Indians' captives were forced to prove themselves by running the gauntlet. It was a brutal scene, hard to let myself imagine.

Many years ago, I first read about the running of the gauntlet in Allan W. Eckert's Winning of America series. In his first tome, The Frontiersman, I learned about the famed frontiersman Simon Kenton who was captured by the Shawnee and forced to run over 500 rods--nearly half a mile--between two long lines of natives--from women and children wielding sticks to the more powerful men who pounded him with clubs as he ran. Notably, captives were often stripped naked before the gauntlet began, so runners didn't even have the protection of a thin layer of clothing or shoes to enable their progress. 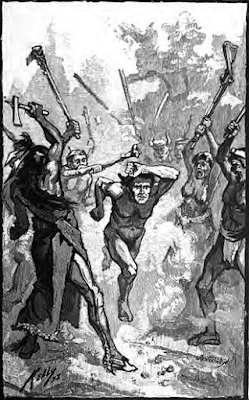 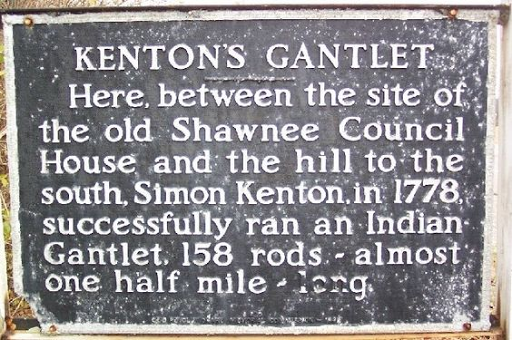 This was a monumental feat. A man or woman who didn't succeed in completing a gauntlet, but fell to the ground during the punishing ordeal, would be beaten until they managed to get to their feet again and continue, or simply be sent back to the beginning to start again. Naturally, some did not survive the attempt, others succumbed to broken bones and terrible lacerations. They might even have their skulls cracked. Strangely, those who finished were often then ministered to by the natives, and if they showed particular stamina or prowess, they might then be adopted into the tribe or forced into slavery. Others might be killed outright, burned at the stake, or killed in some other way.

Sad history, all of it. HOWEVER, the natives were not alone in their use of the gauntlet. Running the gauntlet as a form of military punishment has been used around the world for many hundreds of years, perhaps even as far back as the ancient Romans. The British Royal Navy is known to have made use of the gauntlet as a means of punishment for infractions such as failing to return from leave or leaving an unsanitary berth, and it might be used as a conclusion to a court martial.

It is said that General George Washington himself made use of the gauntlet to punish deserting soldiers, particularly during the bitter year of 1777, when no amount of cajoling, threats, or even the offer of rewards seemed to be able to keep his armies supplied with soldiers.

Here is a 6-minute film about the history of the gauntlet as it pertained mostly to use in the Swedish military in the 1600s, even for the purpose of execution in the Court of Pikes, and how its use continued through history and on many continents.

While there have been times when punishment is a needed occasion, man's brutality to man certainly knows no bounds, and it is difficult to discover a civilization that has proven itself to be ethically above another.

Coming Soon! The re-release of The Love Coward a post-WWII romance of second chances. For updates and other news, please sign up for my monthly newsletter, and follow me on Bookbub, Amazon, Goodreads, and Facebook. 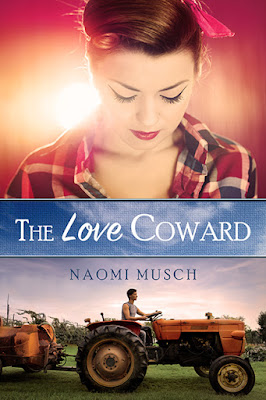 Email ThisBlogThis!Share to TwitterShare to FacebookShare to Pinterest
Labels: Frontiersman, History of the Gauntlet, Naomi Musch, Punishment in War, Running the Gauntlet, The Love Coward