The Founding Fathers on the Wise Use of Social Media

As most regular Colonial Quills readers will agree, if we don't learn from history, we are doomed to repeat the same mistakes. In fact, we not only agree, we harp about it here on the CQ blog from time to time. In further fact, many of us who write historical fiction have used themes and lessons from history in the lives of our characters to enlighten modern-day readers about the big "bewares" learned in ages past.

All that said, there are certain lessons we've all come to learn, mostly self-taught through hard experience, when it comes to utilizing social media. We may have responded too quickly and sharply to a post or shared "facts" of unproven origin. Even when it comes to these kinds of media faux pas, there are lessons from the past that might help us alleviate the need to learn them through hard knocks. Let's take a look at a few reminders on using social media, straight from the pens of three of our founding fathers:

George Washington, in a letter to his nephew, gives wise advice on the making of friends, and what we share with our friends and when. (You might also wish to review his entire pamphlet on Rules of Civility & Decent Behavior.)
"It is easy to make acquaintances, but very difficult to shake them off, however irksome and unprofitable they are found after we have once committed ourselves to them; the indiscretions and scrapes which they very often they involuntarily lead one into, proves equally distressing and disgraceful. Be courteous to all, but intimate with few, and let those few be well tried before you give them your confidence, true friendship is a plant of slow growth, and must undergo and withstand the shocks of adversity before it is entitled to the appellation." ~George Washington

Benjamin Franklin, known in part for his many wise sayings, lays out in his autobiography his standards for the conduct of his newspaper, something those in journalism (and on social media) might take to heart today.

"In the conduct of my newspaper I carefully excluded all libeling and personal abuse, which is of late years become so disgraceful to our country. Whenever I was solicited to insert anything of that kind, and the writers pleaded, as they generally did, the liberty of the press, and that a newspaper was like a stage-coach, in which any one who could pay had a right to place, my answer was that i would print the piece separately if desired, and the author might have as many copies as he pleased to distribute himself, but that I would not take upon me to spread his detraction; and that, having contracted with my subscribers to furnish them with what might be either useful or entertaining, I could not fill their papers with private altercation, in which they had no concern, without doing them manifest injustice. Now, many of our printers make no scruple of gratifying the malice of individuals by false accusations of the fairest characters among ourselves, augmenting animosity even to the producing of duels; and are, moreover, so indiscreet as to print scurrilous reflections on the government of neighboring states, and even on the conduct of our best national allies, which may be attended with the most pernicious consequences. These things I mention as a caution to young printers, and that they may be encouraged not to pollute their presses and disgrace their profession by such infamous practices, but refuse steadily, as they may see by my example that such a course of conduct will not, on the whole, be injurious to their interests." ~Benjamin Franklin

Thomas Jefferson, in a letter to his nephew, charges him with the honorableness to be found in preserving peace through simple politeness, and how doing so can stifle the rude tongue or ungracious behavior of another.

"I have mentioned good humor as one of the preservatives of our peace and tranquility. It is among the most effectual and it's effect is so well imitated and aided artificially by politeness, that this also becomes an acquisition of the first rate value. In truth, politeness is artificial good humor, it covers the natural want of it, and ends by rendering habitual a substitute nearly equivalent to the real virtue. It is the practice of sacrificing to those whom we meet in society all the little conveniences and preferences which will gratify them, and deprives us of nothing worth a moment's consideration.; it is the giving a pleasing ad flattering turn to our expressions which will conciliate others, and make them pleased with us as well as themselves. How cheap a price for the good will of another! When this is in return for a rude thing said by another, it brings him to his senses, it mortifies and corrects him in the most salutary way, and places him at the feet of your good nature in the eyes of the company." ~Thomas Jefferson

I fear that, as our modern culture hurtles headlong toward more and more godlessness, we will see ever fewer of these virtues practiced, especially in the media, both social and otherwise, where vitriol is rampant. But, for those of us who take the time to absorb the lessons and wisdom of the past, practicing of them may at least provide us our own peace of mind. And as a final note, we can remember the even higher wisdom and instruction of Scripture which, as we pray, may also guide our thoughts and intent when we use social media:

"First of all, then, I urge that supplications, prayers, intercessions, and thanksgivings be made for all people, for kings and all who are in high positions, that we may lead a peaceful and quiet life, godly and dignified in every way. This is good, and it is pleasing in the sight of God our Savior, who desires all people to be saved and to come to the knowledge of the truth." ~ 1 Timothy 2:1-4

There are just a few days left to get this summer deal! 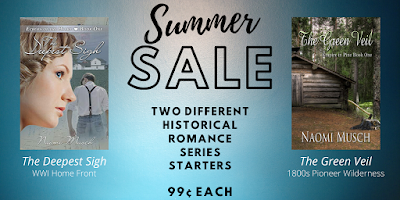