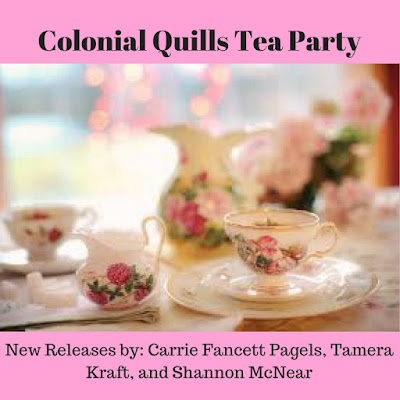 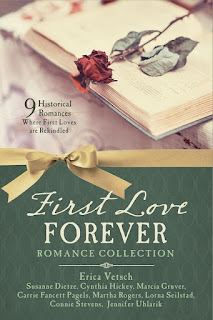 1894/1895 – Mackinac Island, Michigan: Robert Swaine, a ship captain, returns to Mackinac Island where his first love, Sadie Duvall struggles to support her siblings. Will she anchor him to the island he has vowed to leave behind?

This story is a companion to my Romantic Times Top Pick in Inspirational -- My Heart Belongs on Mackinac Island: Maude's Mooring. Sadie Duvall is Maude's best friend and Robert is Maude's young uncle. Maude has a French colonial era ancestor from Mackinac Island who'll one day get her own story, too!

My giveaway is an autographed copy of First Love Forever (personalized if the winner so wishes!) & a pair of Anchor earrings!

We authors in the First Love Forever collection have a big Rafflecopter giveaway going on all through April so be sure to enter! 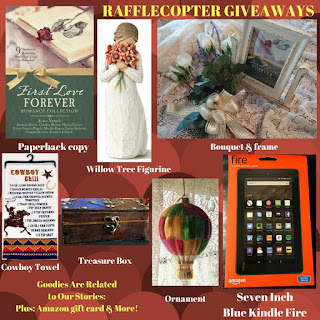 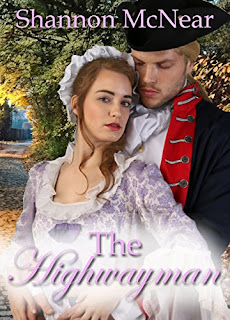 The Highwayman
by Shannon McNear


Samuel Wheeler is an ordinary apprentice wagonmaster by day, a masked vigilante by night, but what started as a lark has gotten out of hand. He hardly sleeps, his secret identity has taken over his life, and the girl he loves barely notices him while his alter ego sets her aflutter.

Sally Brewster works hard at her parents’ inn, nestled in the lower Shenandoah Valley, along the Great Wagon Road that runs from Philadelphia down through the Carolinas. She pays little mind to the gossip about the mysterious highwayman who makes life difficult for the redcoats—until the night when the heroic figure saves her from brigands.

I am so excited about this re-release! Originally part of Barbour's The Most Eligible Bachelor Collection three years ago, this story serves as the prequel to The Counterfeit Tory in the upcoming Backcountry Brides, and the fresh treatment is just in time for those who might want more backstory on Jed Wheeler. Plus, we get a peek at Sam and Sally and their family, five years later, in the epilogue of The Counterfeit Tory.

For a peek at the world of The Highwayman, check out some of my posts from 2015, especially those about handling oxen, the importance of colonial inns, and the Great Wagon Road.

Available only as ebook at this time. For our giveaway, I'm offering one copy, which is listed on Amazon. 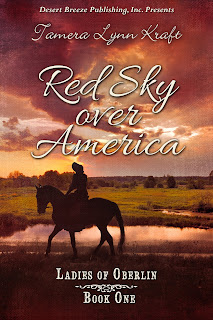 William and America confront evil, but will it costs them everything?

In 1857, America, the daughter of a slave owner, is an abolitionist and a student at Oberlin College, a school known for its radical ideas. America goes home to Kentucky during school break to confront her father about freeing his slaves.

America's classmate, William, goes to Kentucky to preach abolition to churches that condone slavery. America and William find themselves in the center of the approaching storm sweeping the nation and may not make it home to Ohio or live through the struggle.

Available on Amazon and other online stores.

I'm giving away an autographed copy of Red Sky Over America. To enter, comment on this blog you'd like to win a copy.
Posted by Carrie Fancett Pagels