Have you ever read of some character in a novel ailing with the bloody flux, chilblains, putrid fever, sweating sickness, or canker rash, and thought to yourself, what in the world is that? The list of afflictions suffered by those of the colonial era is a bit mind-boggling, but most of those illnesses have their modern equivalent and are better understood in our world today.
Rickets is one disease that has been known of to some degree since the first century, and which became very common among infants and children in Colonial America. Even today, rickets is not unheard of, though it is less common. If you don’t know, rickets a condition that results in weak or soft bones and deformities in children.
“Symptoms include bowed legs, stunted growth, bone pain or tenderness, large forehead, and trouble sleeping. Complications may include bone fractures, muscle spasms, or an abnormally curved spine. The most common cause of rickets is a vitamin D deficiency.” (Wikipedia)
So those movies of the old bow-legged cowboy who got that way from riding in the saddle? Probably not. He most likely had rickets as a child.
England suffered an outbreak of the disease in the 17th century, and for that reason rickets became known as the “English disease”. Cases of rickets increased during industrial revolution wherein more children spent their time working in factories and had less sun exposure. This led to a rise in the speculations about its origin and treatment.
English physician Daniel Whistler, is credited as the earliest person to describe rickets. In 1645, he published a paper noting signs and symptoms such as the aforementioned bone pain or tenderness, as well as dental deformities, delayed formation of teeth, short stature, impaired growth, decreased muscle strength, and a number of skeletal deformities such as abnormally shaped skull, rib-cage abnormalities, bowlegs. This also included breastbone, pelvic, and spinal deformities. Five years later, in 1650, Cambridge physician Francis Glissen produced a more thorough study and a clinical treatise on rickets that remains a classic among medical texts.

Then, for two centuries, nothing more was discovered, although during that period as the disease prevailed in England, bakers’ bread adulterated with alum was blamed, and this led to further study of the role of diet in cause and prevention.
In 1909, in then heavily industrialized and factory-polluted North America, autopsy study of 221 infants who died under 18 months of age showed that rickets was evident in 96% of them (214), concluding that diet, sun exposure, and exercise played a role.
Then, in 1923, American physician Harry Steenbeck demonstrated that irradiation by ultraviolet light increased the vitamin D content of foods and other organic materials. His technique was used for foodstuffs like cereals and most memorably for milk. Thanks to Dr. Steenbeck's technique, by 1945, rickets had all but been eliminated in the United States. You may be old enough to recall learning about it when you were growing up, even during Saturday morning cartoon advertisements promoting the drinking of milk “fortified with vitamin D”.
Over the past two years, in this age of Covid weariness, we can hardly turn around without hearing of how important it is to get more vitamin D into our bodies to strengthen our immune systems. Nowadays, studies have confirmed not only the importance of a certain level of vitamin D in our diets for greater immunity and to prevent rickets, but they have shown that people who obtain higher levels of D, and specifically D3, have a decreased risk of certain cancers such as colon cancer and prostate cancer, and we already know it helps prevent osteoporosis by increasing the absorption of calcium, magnesium, and phosphate into our bones. 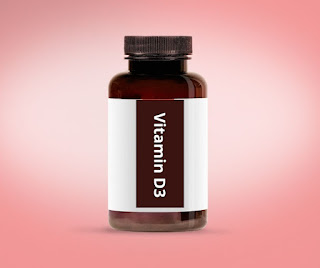 Therefore, let’s all take this beneficial lesson from history and the crazy world of new diseases around us, and supplement ourselves with more Vitamin D!
Working on my health and praying for yours in these days,
Naomi Musch
https://naomimusch.com/
By the way, Song for the Hunter is only ONE MONTH from release! If you didn't pre-order, there's still time! (Best deal right now is at Christian Book.) A great "take-me-away" read over your New Year's break! 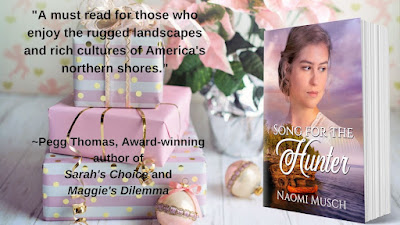