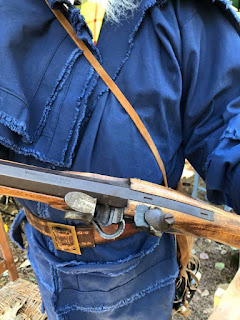 While researching for my most recent historical, a romance set on the Georgia/Cherokee/Creek frontier in 1813, I couldn’t do my story justice without portraying just how intensely early settlers struggled against wild animals. In Georgia, those were mainly bears, wolves, and panthers. No doubt this will surprise some current residents, who know that wolves and panthers have long-since disappeared from our state. But through the early 1800s, no foe was more persistent or dangerous.

In fact, The Early History of Jackson County, one of my main sources, described this battle in detail. January of 1795 turned intensely cold. “The ground had been covered with alternate layers of frozen rain and snow for six weeks with no prospect of an early change. Animals and birds became ravenously hungry. Panthers and wolves, troublesome at any time, were more dangerous than ever before. Hundreds of them were shot in the yards around the cabins during the day, and at night they were kept at a respectful distance by roaring fires in the chimneys and by burning pine knots outsides the houses. Sometimes even these precautions did not effect their purpose.”

The account goes on to describe a pack of wolves that responded to a settler’s dressing of a deer by rushing between those fires and besieging the house. The family shot most through portholes created for that purpose, but two attacked the door. The leader forced its head through the shutter, and the other wolf attacked it. As the animals turned on each other and a neighbor climbed a tree to bring firepower to aid the family, the attack finally abated.

A genealogy of Turner County, Georgia, south of Atlanta, confirmed that black bears were frequent visitors, while ammunition was scarce. So scarce the powder was sometimes mixed with coarse sand, as the settlers believed it would perform just as well and maybe travel farther.

According to William Bartram, 1739-1823, panthers in the Southern states were often called “tygers” and were much larger than a dog, yellowish-brown or clay-color with a long tail. Canebrakes along creeks could become panther strongholds in the winter. The Early History of Jackson County gives the account of a young man maimed and lamed in a panther attack, turned down for service in the War of 1812, who went on to fight bravely at the Battle of New Orleans.

An 1835 settler’s account from Brushy Creek, Missouri, inspired a scene in my novel. In the true story, a mother whose husband was away protected her crying newborn from a panther’s attack on her cabin. The wily beast climbed onto the roof and was only dissuaded from entering via the chimney by some venison smoking there.

These true tales highlight how desperately early settlers in any state fought to maintain their basic safety. Aren’t we glad a goodly portion of our resources and focus don’t go toward merely staying alive? 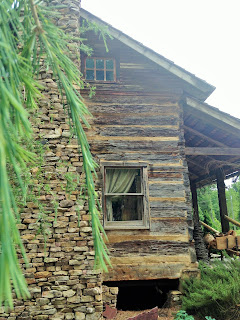