Four hundred years ago, 22 Burgesses representing each of Virginia’s eleven major settlements met in the church at Jamestown, Virginia from July 30-August 4, 1619. They were the first Virginia General Assembly. Democracy in the Western Hemisphere was born along the banks of the James River on July 30, 1619. 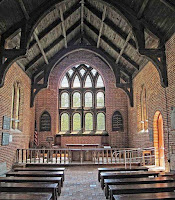 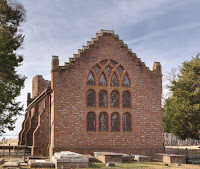 One occurred early in the morning, at the reconstructed Historic Jamestowne Church, where the Governor and a small group of officials, and some descendants of the first families met. 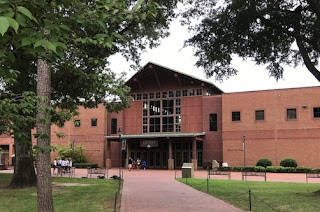 Later the President of the United States was joined by former Governors, some Virginia legislators, a former clerk of the British House of Commons at the Jamestown Settlement for a joint session of the General Assembly.

1619 was a pivotal year for Virginia, the first permanent English colony in North America.
~ In addition to being the birthplace of the first Representative Assembly in the New World, Virginia welcomed the arrival of the first enslaved West Central Africans to English North America later that same summer.
~ By November English women were brought to Jamestown to establish families.
~ In December of 1619, the English ship Margaret landed at Berkeley Hundred, and celebrated the first Thanksgiving, over two years before the Pilgrims arrived aboard the Mayflower.
~ New laws passed that same year authorized Virginia’s colonists to initiate various industries, which established the basis for America’s free enterprise system.