North Carolinians are well aware of this eye-catching historical landmark and state park. I remember reading about it at some point as a kid. Yet, being firmly born and rooted in the Midwest, I'm not as familiar with Pilot Mountain as the folks out east are. 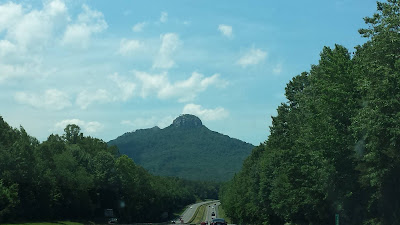 Recently, though, my husband and I took a 3500 mile round trip to the that part of the country, and I got my first glimpse of this famous place on the map. I tried to imagine how important it must have been to explorers, fur traders, settlers, Indians making their way back and forth across the country.

Joshua Fry and Peter Jefferson (Thomas Jefferson's father) were the first to map Pilot Mountain in 1751, which, to give it a time frame, would put young America near the beginning of the third French and Indian War. In the meantime, thousands of Scots-Iris, Welsh, and German immigrants made their way through the Carolinas at this time via the route known as the Great Wagon Road.

Can you imagine their relief at seeing Pilot Mountain guiding their way? 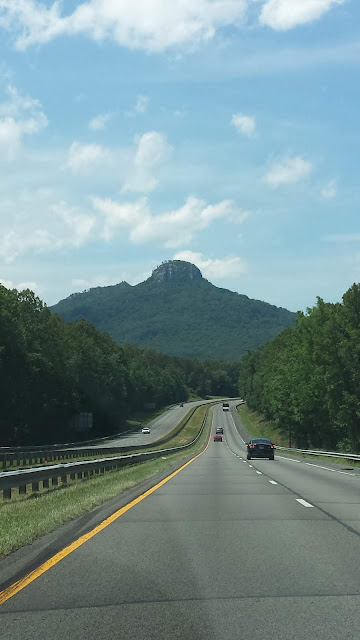 It is said that upon seeing the landmark, one Moravian settler said, "We saw the Pilot Mountain and rejoiced to think that we would soon see the boundary of Carolina, and set foot in our own dear land."

I often think about the fur traders and explorers who wrestled their way through the wilderness. I wonder at the men who fought in the civil war, in country that was as difficult to transverse at times as any battlefield. I let my imagination wander to the women who settled so far away from neighbors, family, and friends. Getting a glimpse at places like Pilot Mountain makes my imagination swirl!

Nowadays, the highway that passes by Pilot Mountain is a far cry from that old wagon road. It's a Blue Star Memorial highway, commemorating the men and women of the armed forces who have and continue to defend the United States of America. 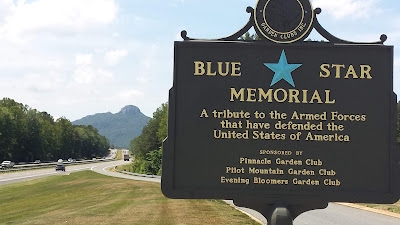 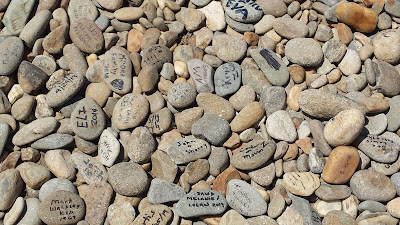 At the pull-off to view the mountain, where the Blue Star sign is located, there are these rocks. Passersby write their names on the rocks or perhaps the names of service people they love. We didn't have a marker, so we didn't do that. Nevertheless, I thought it a neat tradition, a momento of the never-ending wave of travelers passing by, guided by the same road and mountain that travelers have been using for centuries.

P.S. ~ On a totally different note: I want to thank everyone again who joined the Colonial Quills High Tea Party a couple weeks ago. Since then, I've had TWO book cover biggies happen. First, the book I talked about at the party got a face lift. LPC Smitten (my publisher) gave Mist O'er the Voyageur a face lift by brightening up the cover. Secondly, I have a cover reveal for my new novel releasing in August! I'm super excited about The Brightest Hope because the cover features my youngest daughter. She also did the photography, so she was both behind and in front of the lens. Isn't she gorgeous as Holley Allen? You can find out more about the book in this month's newsletter here. 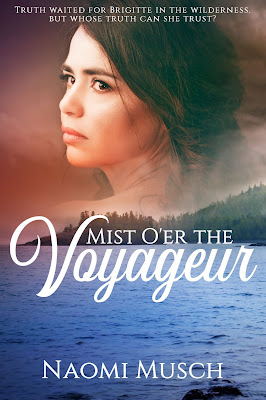 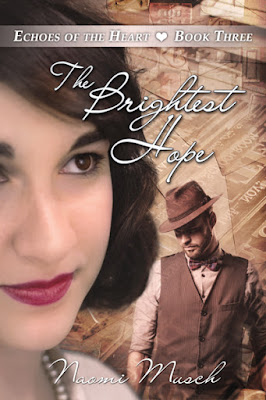