Baking in a Beehive Oven by Cynthia Howerter

During a visit to Colonial Williamsburg, the enticing scent of burning firewood led me to colonial baker William Parker's outdoor beehive oven. One of the commercial baker's employees graciously explained the oven's construction and use while he waited for it to heat.

Commercial bakers in colonial villages and towns needed a sizeable oven in order to produce quantities of baked goods to sell in their shops. Because a large wood-fired oven throws off an excessive amount of heat, bakers often built outdoor beehive ovens, so named because the shape resembled beehives that were in use at the time.


How to build an outdoor beehive oven

After choosing a spot about 30-45 feet behind his building, Mr. Parker constructed a shelter to protect the oven and its baking operation from rain and snow. We can see from the shelter's scorched ceiling why Mr. Parker put distance between the oven and his shop.

Next, a raised wood platform was built under the shelter. Once the beehive oven is built on top of this sturdy base, the oven's opening will be about waist-high in order to make the oven easier to use and to spare the baker's back while he attends the oven for long hours.

Two layers of bricks were placed on top of the wood foundation. The bricks help contain the oven's heat, with the top layer providing the oven's floor.

To form the perimeter of the circular oven's base, one row of bricks was set in a circle on top of the oven floor and mortared into place. A single opening was left to provide access to the oven's interior.

How is the oven's domed roof constructed?

With the round oven base in place, several rows of bricks were laid on top, forming a vertical wall about one foot high. Once the mortar of this wall hardened, sand was heaped inside the circle and shaped into a rounded mound. The height of the sand determined the interior height of the oven.

Next, bricks were laid on top of the existing brick wall and mortared, row by row, against the sloped sand, taking on the curved beehive shape until the sand was completely encased in brick. Mortar consisting of clay, sand, and straw was spread over the brick exterior and allowed to dry for several days. With the bricks in place and the mortar dried and set, all of the sand inside the dome was removed through the opening.


Time to use the oven

Waste not, want not

When the wood has burned into charred embers and ash, the interior heat of the beehive oven is about 1,200 degrees Fahrenheit. The baker removes the chunks of wood and sweeps the oven floor clean of the ash. Because nothing was wasted, the hot embers and ash were often taken into the kitchen and banked inside the cooking fireplace to keep a pot of food warm. The embers and ash could also be cooled and saved to be made into lye soap.

The oven will have to cool a bit before food can be inserted without being burned. An experienced baker can insert their bare arm inside the oven and tell by the feel of the heat on his skin if the correct baking temperature has been achieved. Another way to ascertain oven temperature is to place small pieces of dough inside the oven and watch whether they bake or burn. Additionally, some bakers toss flour on the oven's floor. If the flour doesn't burn, it's time to bake.

While the oven heats and cools, the baker prepares the foods, starting with baked goods that require the hottest temperature and ending with things that need the coolest.


After inserting pans and trays of baked goods into the oven, the baker had to watch the progress of the baking through the oven's small opening and remove items when finished. Although this baker used pans, some bakers set the food directly on the hot brick oven floor.

I hope you enjoyed learning about beehive ovens. My husband will be happy to learn that I will never again complain about the eight minutes it takes my electric oven to preheat. What about you? 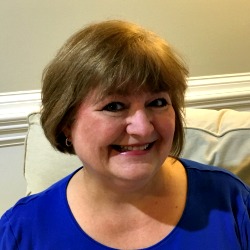 Award-winning author Cynthia Howerter is a member of the Daughters of the American Revolution (DAR). Her colonial-era novel-in-progress was recently awarded first place in historical fiction at the 2015 Florida Christian Writers Conference. Her first book, a non-fiction anthology titled God's Provision in Tough Times co-authored by La-Tan Roland Murphy, was a Selah Award finalist at the 2014 Blue Ridge Mountain Christian Writers Conference and has been in the top 100 paid Kindle e-books at Amazon.com. It can be purchased from Amazon, Barnes & Noble, and Christianbook.com.