The Great (and Terrible) Snowstorms of 1717 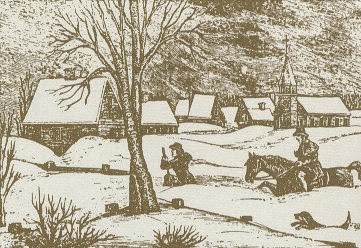 After such a cruel winter in much of the country this year, it seemed like a logical time to search the Colonial American era to see if they had any memorable winters on record. Indeed, I quickly discovered a terrible blizzard dubbed, “The Great Snow of 1717.”

Although there were not official weather records kept at the time, there were sufficient diaries of the day describing a winter that began in December of 1716 with five feet of snow, then climaxed in the Great Snow from February 27 through March, 7, 1717. The areas blanketed by the frigid white flakes were the colony of New York and the New England colonies.  It was certainly possible the snow was more widespread but white populations had not spread much further west at that point.

In “Historic Storms of New England” written in 1891, author Sidney Perley noted that even the oldest Native Americans of that day said that their ancestors had never seen such a storm. 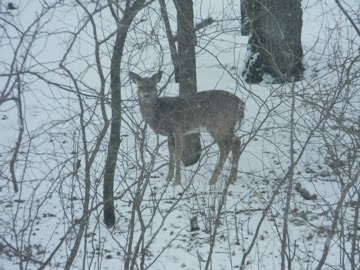 Beginning on February 27, the Great Snow was actually four snowstorms that began with a typical, New England nor-easter, dropping a mixture of rain, sleet and snow. But by March 1, the major snowstorm hit. Then another storm on March 4. Then the worst of the three hit on March 7.

The cold colonists huddled in their homes, no doubt praying for relief. Many single story homes were completely buried by the additional five-feet of snow, plus drifts of up to 20 feet.

In Hampton, Massachusetts, some residents could only escape the confines of their homes through a window on the second floor. The chimneys in some dwellings were even covered with snow.

One widow in Medford, Massachusetts was trapped in her single story home. Her residence could not be found for many days until, finally, an eager rescuer observed a small plume of smoke. Neighbors brought their shovels to dig a pathway to the widow’s window. They discovered her supply of firewood had been depleted so she’d resorted to burning furniture to keep her children warm.

Postal delivery was temporarily halted but resumed after several days with post boys travelling on snowshoes. One New England carrier found the snow in the woods to be five feet deep while in some places, six to fourteen feet.

Not only were the humans impacted by these storms, animals both domestic and wild suffered tremendous losses. Even weeks after the storm, cattle were found dead, some still standing in their frozen state.

The greatest loss in wildlife appeared to be the deer that became victims of the hungry bears and wolves. Estimates cited that nineteen out of every twenty deer were killed that winter. It was such a huge loss that towns elected officials known as deer reeves to protect the survivors and allow for the forest population to increase. 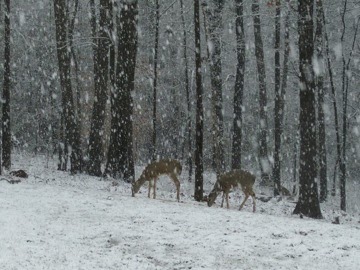 Deer reeves had the authority within their jurisdiction to inspect private homes for the presence of fresh venison or deer hides. Fines were levied for those who broke the law.

The Great Snow damaged many orchards. Crusty ice broke branches, while surviving cows, wandering along the frozen crust of snow that stood many feet tall, munched on the tops of tender fruit trees. The bovines suddenly had access to choice morsels on the upper branches, thus injuring the future crop.

The storm, however, did not stop romance. Young Abraham Adams of Newbury, Massachusetts was homebound for a week when he could take no more: He missed the object of his affection, Miss Abigail Pierce, who lived some three miles away. Undaunted by the prolific snow outside his door, Mr. Adams donned his snowshoes and walked outside through an upstairs window onto the snow.  He found his way to the home of his love, entering through an upstairs window in Abigail’s house. He was the first visitor the family had received since the storm. 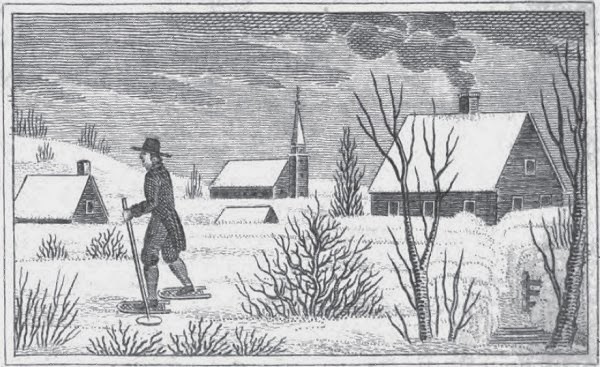 The Great Snow may have delayed the mail delivery that week—but it could not halt the delivery of love. J