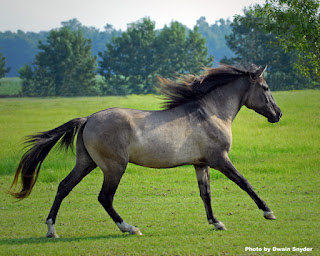 In June 2010, the Marsh Tacky horse, a breed now on the verge of extinction, became the official State Heritage Horse of South Carolina. If you’ve never heard of Marsh Tacky horses, you’re in good company. Most people haven’t, including me. What’s so important about this breed that they were designated an official State horse? you may ask. Turns out there’s a lot.

Marsh Tacky horses are descendants of the horses Spanish explorers left behind on the south Atlantic coast in the 1500s, which bred with the stock Spanish settlers later brought to the New World. From these breeds developed several distinct strains of horses, including the Marsh Tacky, North Carolina’s Banker Ponies, and Florida’s Cracker Horses. They are direct descendants of the horses common during the Golden Age of Spain, which are now almost completely extinct in Spain. 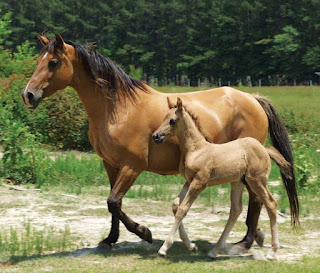 Marsh Tackies got their name from the fact that they live in marshy areas, and the term tacky, which means common. Feral herds adapted to the conditions of America’s southeastern coastal regions. Sturdy and smaller than many common breeds at only 13 to 15 hands high, Marsh Tackies adapted to swamps and wooded wetlands, surviving on marsh grass and other available forage that couldn’t sustain most breeds. Their distinctive gait provides a greater stability in the terrain, and when stuck in quagmires, they learned to lie down on their sides, pull their feet free, and get up, instead of panicking as most horses would.
These horses are also a link to the American Revolution. General Francis Marion’s soldiers relied on these horses for their hardiness and their ability to navigate the coastal regions with ease, and in fact, their gait is now called the Swamp Fox Trot. With many of his horses lost at sea, British Colonel Banastre Tarleton also made use of these horses during his capture of Charleston. And the breed saw service during the Civil War as well as during World War II, when they served in the Coast Guard’s Mounted Beach Patrol.

Marsh Tackies’ habitat originally ranged from Myrtle Beach, South Carolina to St. Simon’s Island, Georgia. They were widely used in the Gullah community for transportation, farming, and hunting until cars and trucks became prevalent. But by the mid twentieth century they could be found only on outlying islands. Fewer than 300 Marsh Tackies remain today, none in the wild, and efforts are being made to save the breed from extinction.

The links below provide more information on the Marsh Tacky breed and conservation efforts.