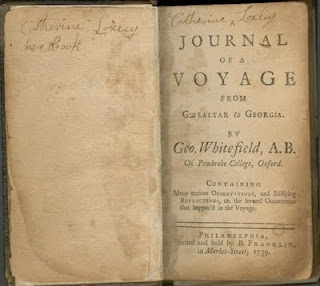 If I'd lived in colonial America, one of the people I'd have wanted to see was George Whitefield, "the boy preacher." If I had, I'd have ridden the wave of the Great Awakening, that incredible revival which began more than 200 plus years ago.

George Whitefield makes an astonishing preacher sans hero. Born in England in 1714 , he preached from 40-60 hours a week and crossed the Atlantic thirteen times to minister to America. Huge crowds gathered to hear him speak and he was so wildly popular, even in his early 20's, that his heartfelt prayer became, "O Heavenly Father, for Thy dear Son's sake, keep me from climbing." 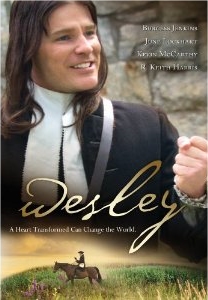 We can learn so much from godly heroes of the past, men like John and Charles Wesley, Howell Harris, Daniel Rowland, and John Cennick who were also converted about this time. Granted, none of them were perfect but we can focus on their fine points and how they changed history. Here are some fascinating facts about Whitefield and the early state of Christianity in America:

*In colonial times, most pastors simply read their sermons to their congregations in church buildings; Whitefield preached extempore, without notes, in the open air to crowds of many thousands who could hear him clearly
*As a young man he began a lifelong habit of reading the Bible on his knees
*He was slight in stature but had a voice like a trumpet
*He arose each morning at 4 am
*He was plagued with poor health throughout his life
*He had a great sense of humor
*He was a part of the "Holy Club" while at Oxford
*He was close friends with Benjamin Franklin who printed many of his sermons, thereby helping spread the gospel, though Franklin himself was a Deist
*He had a heart for orphans and the poor
*Whitefield said he would "rather wear out than rust out" which he did in 1770
Another powerhouse preacher had this to say about Whitefield, "He lived. Other men seem to be only half alive; but Whitefield was all life, fire, wing, and force." ~Charles Spurgeon
Here are a few of my favorite Whitefield quotes taken from his Journals:
The weather was cold, and the wind blew very hard; but when the heart is full of God, outward things affect it little. (January 15, 1738)


Had great comfort in reading the Scriptures. Was afterwards a little inclined to heaviness but drove it off by a long intercession. Prayer is an antidote against every evil. (January 18, 1738)


If it were not for the corruptions of my own heart, which are continually stirring, what have I to disturb my peace? But as long as those Amalekites remain in my soul, I shall never be perfectly at ease. (April 7, 1738)


Lord, teach me in all things simply to comply with Thy will, without presuming to say, even in my heart, "What doest Thou?" (August 13, 1739)


Have you heard of George Whitefield? What historical figure would you most like to meet today if you could? From any century?