The Battle of Bushy Run (Part 1) and New Fiction: The Highlanders Romance Collection

In one short month (November 15th to be exact) THE HIGHLANDERS novella collection is due to release, in which each story features a different period of history, and in each one, a heroic Highlander. My story in the collection, titled A TENDER SIEGE, is set on the American Colonial frontier.

You might be wondering what Scottish highlanders would have to do with the American Colonial period. Surprisingly (or not) quite a number of highland regiments fought on the soil of the North American continent. Most of those occurrences took place during the French and Indian Wars. A Tender Siege features such a soldier of His Majesty’s 42nd Highlanders. 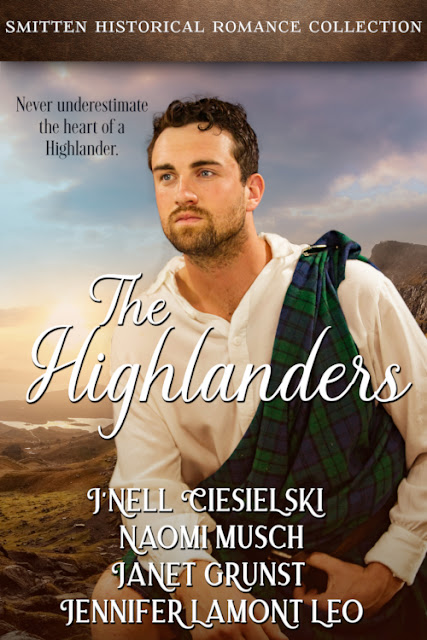 Last May, I wrote a piece called Pontiac and the Conspiracy that Shook an Empire about the Odawa leader who, on the heels of the last French and Indian War, attempted to form a vast confederacy (some said conspiracy) that would renew the fight against the English. Pontiac’s War, as it came to be called, represented the greatest threat of the 18th century against the British colonies here in America. It’s during this uprising that A Tender Siege is set.

As the story begins, we see highland soldier Lachlan McRae marching through the forest under the command of a professional Swiss soldier, Colonel Henry Bouquet. Since June, highlanders of the 42nd and 77th regiments have been arriving from Staten Island to bolster Bouquet's forces. In the sweltering heat of July, they are finally on their way to relieve the Indians’ siege of Fort Pitt in the Pennsylvania wilderness.

The Indians had been wreaking havoc and fury at forts up and down the frontier. They had already captured Forts Detroit, Sandusky, St. Joseph, Miami, Ouiatenon, Michilimackinac, Venango, LeBoeuf, and Presqu’Isle. They have fired on Fort Ligonier and have massacred both soldiers and settlers. During that same time, the Indians continued plucking away at the small contingent of soldiers and families sheltering inside Fort Pitt. The people there have run out of provisions, and communication lines have broken.

After an initial ten days’ march, Bouquet’s army arrived first at Fort Bedford. There Bouquet recruited scouts and woodsmen to join some of his fiercest highlanders in leading them onward. He also procured what further supplies he could. The army then continued on to Fort Ligonier where it transferred mountainous bags of flour it had been carrying in barrels onto 340 packhorses.

Back to the Story

It is now August 5th, as hot and humid a day as ever there could be, as Bouquet commands his army along a small creek where they might fill their canteens, just five miles east of Bushy Run Station. Surrounded by hills and forests, thirsty and exhausted, the troops plod on both wearily and warily, when the forest comes aliv My hero, Lachlan McRea, is wounded and separated from his troops.


Following is the back cover copy of the story. Next month (November 1st) I’ll tell you what happened next in the Battle of Bushy Run, and I'll share a little more history behind the story of:

“I beg Ye to take me.” Wounded in battle in the American wilderness, Lachlan McRea of His Majesty’s 42nd Highlanders pleads with God, yearning to be reunited with his lost wife and child. As death hovers near, he is discovered by Wenonah, a native widow doing all she can to survive alone while avoiding the attentions of a dangerous Shawnee warrior. In aiding one another, their perils increase. If Lachlan can let go of the woman he once loved, he might find healing for both body and soul.
The Highlanders is available for pre-order here!