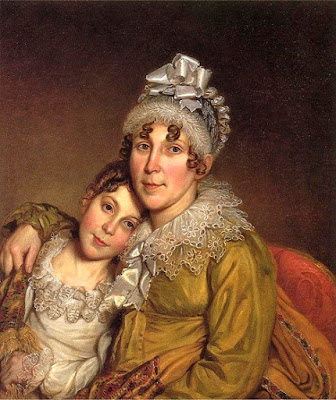 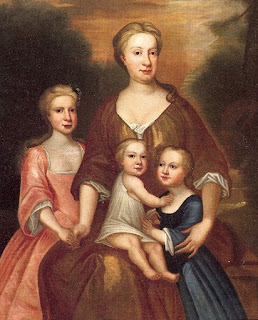 In the Colonial period, families were essential for the welfare of the community. The role of motherhood was a high calling and a necessary role. After a woman became married, between the ages of twenty and forty-five, much of her life was spent as a mother. It was entirely normal for her to be pregnant or nursing during most of her lifetime with children coming on an average about two and a half years apart. Nursing was a natural method of birth control. Most mothers gave birth to eight, twelve, and sometimes more children as a large family was considered an asset. But the mortality rate was high in infants and children in those early days with so much infection and disease. Some parents did not name a child immediately. Others, as I have seen in my own ancestry, named a later born child after one previously deceased. I cannot imagine how they bore such heartache. 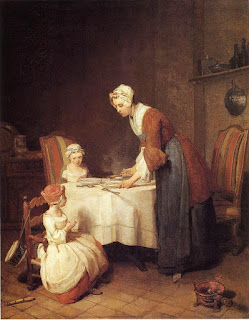 Mothers in colonial times a women of the gentry would have servants to help her raise her children such as a wetnurse, nanny, and governess. A mother in he middling class may have some assistance, but for certain a mother of any other means would have full charge of her own offspring under normal circumstances. If the mother were in financial need she may have to find a creative arrangement for childcare so she could be employed. When a son or daughter were old enough she would have them apprenticed out, even at a young age, so they could learn the skills necessary for providing their own way. Many were a sacrifice of a mother. Yet, quite often a daughter would sit at her mother's side to prepare for her own future role as a wife and mother and learn skills such as cooking, sewing, and spinning. Those who did not become wives and mothers for various reasons were considered spinsters, which by 1716 became a legal terms which simply referred to a maiden lady who was typically past the age of spinning (at home with her mother.). "Spinsters" often enjoy children and have typically lent supportive roles to many families through the ages.

This post is in honor of Judith Greenleaf (Somerby) Coffin, one of my colonial New England grandmothers. Born in 1715, Judith was a first settler in Massachusetts who came from Ipswich, England. She first married and gave birth to four children, three surviving. As a widow, she married again and had ten more children, one dying at age 12. Two sons were lost in Indian wars, one was only 16. Her youngest was born when she was age 43, a grandmother to six. In 1795, Judith passed away at the age of 80 having lived to see 177 children, grandchildren, and great-grandchildren which was very rare in those times. Ten of her progenitors were named Judith. Her epitaph credits her as being "Grave, sober, faithful, fruitful vine was she, a rare example of true piety." 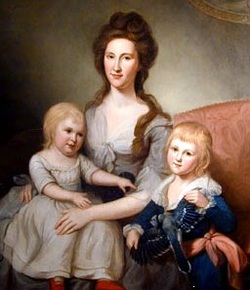 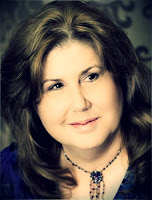