What My Grandmother Taught Me 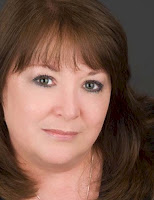 From everything I've been told about my grandmother, she was an excellent cook. She measured flour with her hand instead of a measuring cup. She could take a head of cabbage and feed a table of ten with it during the Depression. She'd bake dozens of dinner rolls every morning to feed her family and share with needy neighbors.

A few of her recipes were past down, and one thing my grandmother taught me was recipes mean a great deal to families --- they are in fact a part of a family's history. So when I was writing my novel 'Surrender the Wind', I decided to include cookery, as it was called in Colonial times, to the story.  Three women, each having their own best dish. A  hero that loves his wife's baking. A housekeeper to an Annapolis lawyer that frets over whether or not her roasted chicken is to his dinner guests' liking. And a servant whose stewed apples tempt the hardy appetite of a local constable.

Over three posts, I will include their recipes. First here is Mrs. Partridge's Colonial Maryland Roasted Chicken. Let me share a bit about her first from the novel. 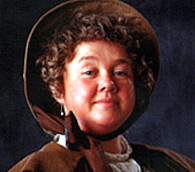 Stowefield sat at his desk dozing, his steel spectacles hanging low on the bridge of his nose. His hair was a mass of gray locks, matching a pair of bushy eyebrows. His housekeeper nudged him on the shoulder and he shook and sputtered awake.
“What is it, Partridge?”
Seth waited inside the doorway. He smiled at the pronouncement of the woman’s name. She resembled the bird, with her tiny eyes and spherical face, stout neck and body, the way her arms hung away from her sides when she walked.
“Mr. Braxton here to see you.” Partridge folded her hands over her apron. “You must rise from your nap.”

1 Tender hen
1 Sprig of Rosemary
1 large Onion cut into quarters
Enough red-skinned potatoes to feed the Continental Army
Stuff the fowl rosemary and onion
Cut potatoes and toss with butter
Lay hen in baking dish and surround with potatoes
Roast at 325 until done
Do not allow the fowl to overcook, nor for the skin to blacken. . . even though gentlemen such as Mr. Stowefield ( her employer and Annapolis lawyer) and Mr. Braxton ( the hero ) say it is quite delicious.
Visit my website and read about Surrender the Wind, and a new series, The Daughters of the Potomac, to be released beginning February 1, 2012
http://ritagerlach.blogspot.com/